Another Year Of Non Stop Magic for Brian! 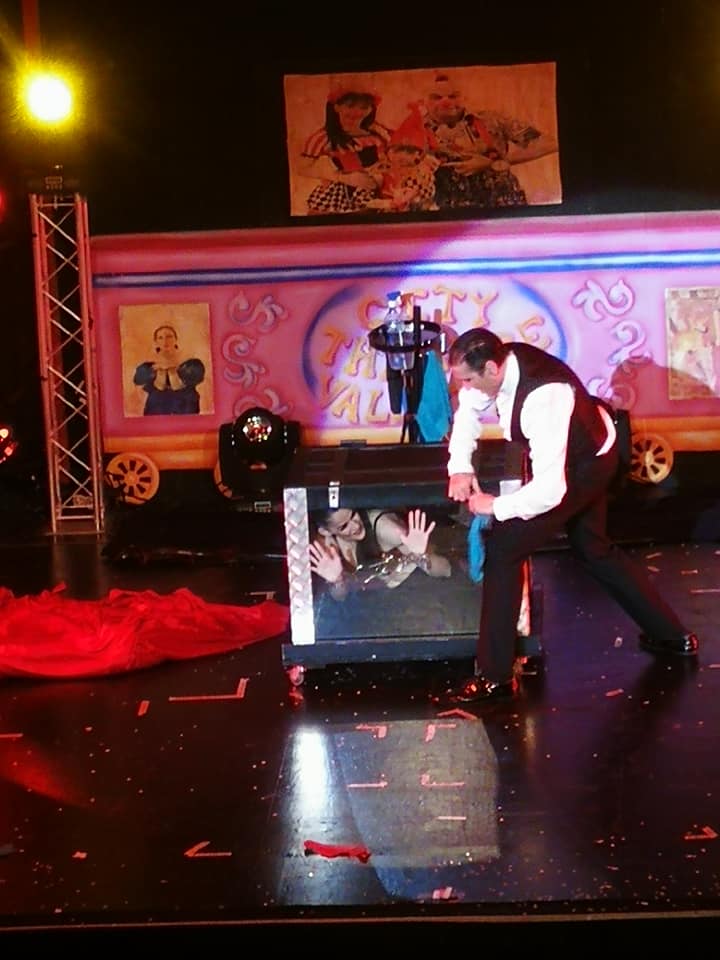 Usually this post comes around January, to start off a New Year. However Magician Malta – Brian Role` is keeping himself busy with performances across the Maltese islands. He is updating us with his news and only now do we have all the information in place to share.

Last year was not just another busy year for Brian but one full of new openings and beginnings. There are exciting upcoming happenings in store for this year as well. These include some international magic performances and further travels.

The last festive season kept Brian very busy with staff parties from the very first week of December and amazingly this kept going to the very last day of January. This is a record for Brian.

During the first week of December, Brian and Lola co starred alongside some other great International acts. This during a fantastic Vaudeville show, ‘The Little Big Show’. Produced by Curtain Raisers,  under the direction of Patrick Vella it was held at the City Theatre in Valletta. The live performance of the show is being televised on Christmas Day, so watch out for it.

Weekly performances for Brian and Lola in some hotels in Malta are ongoing. However this may ease in the coming weeks, as Brian wishes to focus on other big things as well as travel.  Brian is also busy with additional close up magic performances for various corporate functions and private engagements. He is currently performing around Malta and often also in Gozo.

Earlier this year, Brian and Lola gave another appearance on Television. The performance on the popular Saturday Night prime time program, ‘The Entertainers’, is great. The program’s host is the fantastic J Anvil, the production is by Mark Spiteri Lucase who is also the main pianist together with the great Spiteri Lucas Band.

As for their dinner show, The Chamber of Mysteries, Brian and Lola are taking a little break. This is to use that time to build up upon new ideas that are in the pipeline for the forthcoming shows. After 2 years these new ideas will finally be implemented in their award winning show.  Most of these are exclusive to them and/or this show only.

In the meantime, Brian is looking forward to new horizons and his first visit to the Blackpool Magic Convention. His participation as an attendee in this massive convention will be later on this month in Blackpool.

We are introducing a new site for Brian Role` exclusively for the clients looking for services in relation to Magic in Malta. This will be Magician Malta , https://www.magicianmalta.com.mt

Contact Brian Role for all your magic in Malta or beyond.